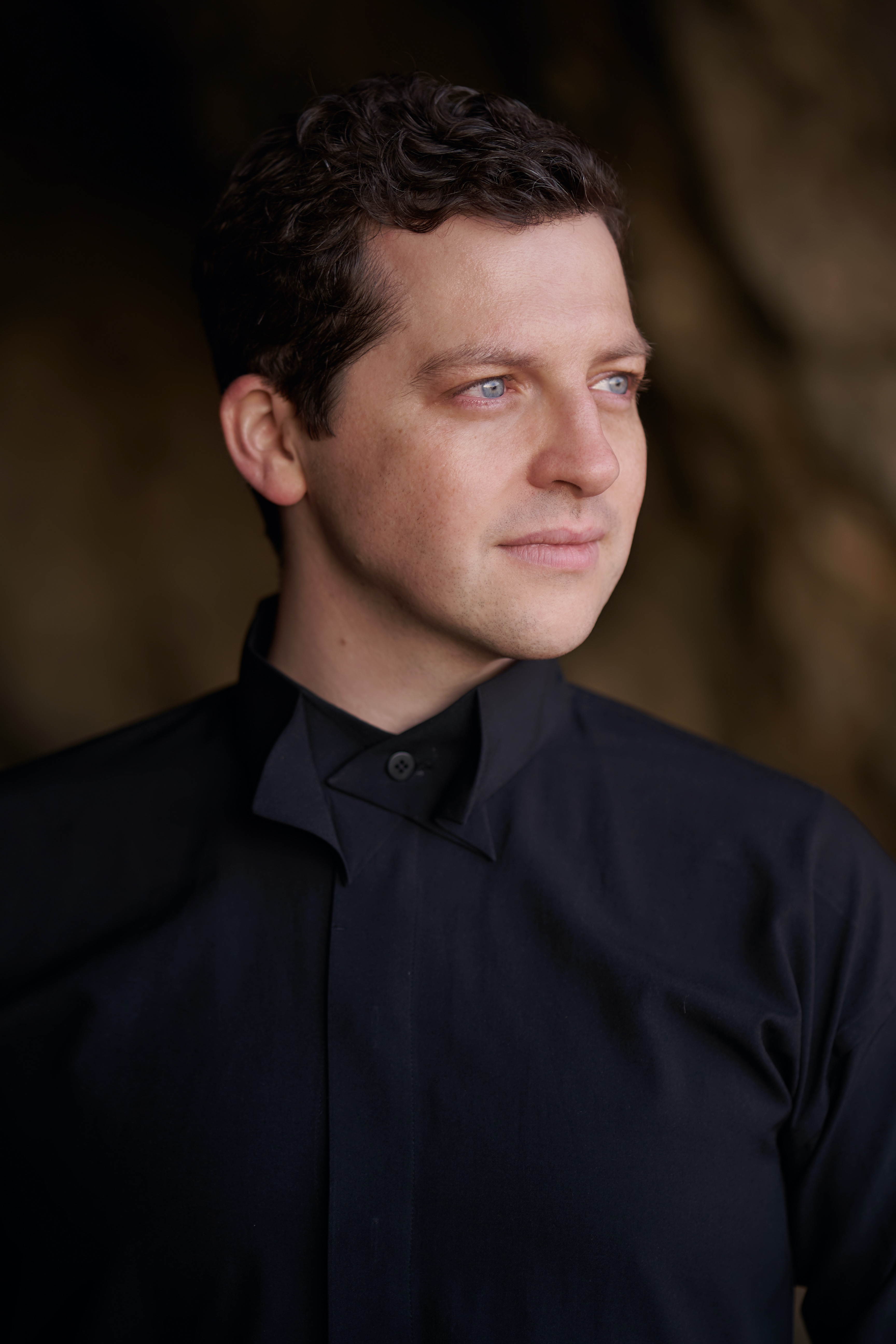 Praised by The Cleveland Classical Review for his “astonishingly confident technique” and The New York Times for “thrilling [and] triumphant” performances, pianist Henry Kramer is developing a reputation as a musician of rare sensitivity who combines stylish programming with insightful and exuberant interpretations.  In 2016, he garnered international recognition with a Second Prize win in the Queen Elisabeth Competition in Brussels. Most recently, he was awarded a 2019 Avery Fisher Career Grant by Lincoln Center – one of the most coveted honors bestowed on young American soloists.

Kramer began playing piano at the relatively late age of 11 in his hometown of Cape Elizabeth, Maine. One day, he found himself entranced by the sound of film melodies as a friend played them on the piano, inspiring him to teach himself on his family’s old upright. His parents enrolled him in lessons shortly thereafter, and within weeks, he was playing Chopin and Mozart.

Kramer has performed “stunning” solo recital debuts, most notably at Alice Tully Hall as the recipient of the Juilliard School’s William Petschek Award, as well as at Amsterdam’s Concertgebouw.  At his Philadelphia debut, Peter Dobrin of The Philadelphia Inquirer remarked, “the 31-year-old pianist personalized interpretations to such a degree that works emerged anew. He is a big personality.”

A versatile performer, Kramer has soloed in concertos with the Bilkent Symphony Orchestra, Shanghai Philharmonic Orchestra, Indianapolis Symphony and the Calgary Philharmonic Orchestra, among many others, collaborating with conductors such as Marin Alsop, Gerard Schwarz, Stéphane Denève, Jan Pascal Tortelier and Hans Graf. Upcoming performances in the 2019-20 season include a return engagement with the National Orchestra of Belgium performing Beethoven’s Concerto No. 4, as well as debuts with the Columbus and Hartford Symphony Orchestras playing Rachmaninoff’s Piano Concerto No. 3.

His love for the chamber music repertoire began early in his studies while a young teenager.  A sought-after collaborator, he has appeared in recitals at the Chamber Music Society of Lincoln Center, the Mainly Mozart Festival, the Mostly Mozart Festival, and La Jolla Music Society’s Summerfest.  His recording with violinist Jiyoon Lee on the Champs Hill label received four stars from BBC Music Magazine. This year, Gramophone UK praised Kramer’s performance on a recording collaboration (Cedille Records) with violist Matthew Lipman for “exemplary flexible partnership.”  Henry has also performed alongside Emmanuel Pahud, the Calidore and Pacifica Quartets, Miriam Fried, as well as members of the Berlin Philharmonic and Orchestra of St. Luke’s.

Teaching ranks among his greatest joys.  Since 2018, Kramer has held the L. Rexford Whiddon Distinguished Chair in Piano at the Schwob School of Music at Columbus State University in Columbus, Georgia.  Throughout his multifaceted career, he has also had positions at Smith College and the University of Missouri Kansas City Conservatory of Dance and Music.

Kramer graduated from the Juilliard School, where he worked with Julian Martin and Robert McDonald. He received his Doctorate of Musical Arts from the Yale School of Music under the guidance of Boris Berman.  His teachers trace a pedagogical lineage extending back to Beethoven, Chopin and Busoni.  Kramer is a Steinway Artist.