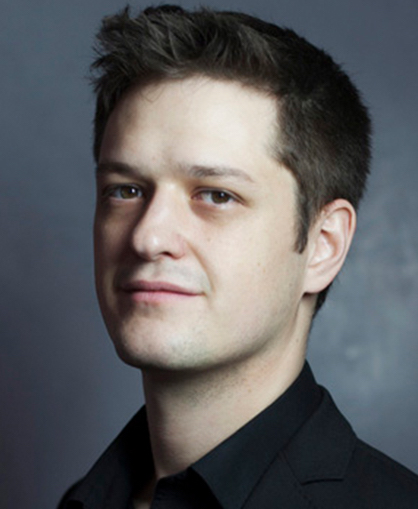 John Stulz (b. 1988) is a member of the Paris based new music group Ensemble Intercontemporain and co-artistic director of VIVO Music Festival in Columbus, Ohio. His performances have been noted for their "taut control and poetic intensity" (Boston Globe) and "glowing tone and stunning technique" (the Los Angeles Times).

As a member of Ensemble Intercontemporain, John is on the cutting edge of new musical creation, collaborating with the world's leading living composers and performing masterpieces of the 20th and 21st century repertoire across the globe. In 2015, the same year he joined the ensemble, John co-founded the VIVO Music Festival in his hometown of Columbus, Ohio with violinist Siwoo Kim and Ted Ou-Yang. Together they work to bring vital, singular and accessible chamber music performances across central Ohio.

From 2007 to 2012, John was founding co-artistic director of the Los Angeles based What's Next? Ensemble with conductor Vimbayi Kaziboni. Under their joint leadership, What's Next? presented the works of over 70 southern California composers as well as masterpieces by composers ranging from Gérard Grisey to JacobTV. John’s original compositions have been presented by the New Philharmonic (Omaha), Splendor Amsterdam, the Van Abbenmuseum (Eindhoven), the String Orchestra of Brooklyn, Omnibus Ensemble and VIVO Music Festival.